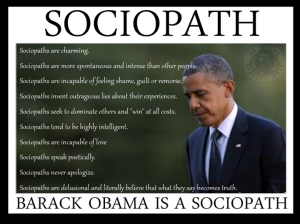 Our world has gone insane: I mean literally, clinically insane. And Obama is leading the cabal of crazy people leading this nation into the abyss. But what is worse than this is the fact – yes, FACT – that the majority of Americans have embraced their insanity; they have willingly chosen to join the crazy people. If you question these assertions, then it is on you to explain how sane, reasonable people can willingly employ the tactics of Adolf Hitler, and why a sane, reasonable people would accept and embrace those tactics. Unless you can do this, then I will stick to what – at least in my mind – represents a much more charitable explanation: that they are crazy. Because, if they are not all insane, then the only other explanation is much, much worse – that they are evil incarnate. Here are just two stories that illustrate the insanity:

But there is more to this lie. The founders forcefully asserted that charity was not the role of the federal government. This is not a matter of opinion, as people like Pelosi have claimed. It is a simple, hard, cold fact that is beyond dispute. In fact, it is so clear cut that to dispute the founders on this point is to affirm the accusation that you have renounced all allegiance to reason which – by definition – makes you insane.

[T]he government of the United States is a definite government, confined to specified objects. It is not like the state governments, whose powers are more general. Charity is no part of the legislative duty of the government.

–James Madison, speech in the House of Representatives, January 10, 1794

Madison said it even more forcefully and more clearly here:

If Congress can employ money indefinitely to the general welfare, and are the sole and supreme judges of the general welfare, they may take the care of religion into their own hands; they may appoint teachers in every State, county and parish and pay them out of their public treasury; they may take into their own hands the education of children, establishing in like manner schools throughout the Union; they may assume the provision of the poor; they may undertake the regulation of all roads other than post-roads; in short, every thing, from the highest object of state legislation down to the most minute object of police, would be thrown under the power of Congress… Were the power of Congress to be established in the latitude contended for, it would subvert the very foundations, and transmute the very nature of the limited Government established by the people of America.

How prophetic: Madison just described the very government we now have; predicted how it would happen; and condemned it as tyranny and the destruction of our system of government. This is a total refutation of Pelosi, Obama and the entire Democratic agenda. By these words alone, the Democrats have no business calling themselves Americans. They may be citizens of the United States of America, but they have no part in the heritage of this nation’s founding. Their father is closer to Adolf Hitler.

Hitler shared the same contempt for the people that the American Progressive has for them:

What luck for the rulers that men do not think.

This is why Hitler thought nothing of lying to the people – like Pelosi did in the story above. In fact, Hitler not only believed he could get his way by lying, he said the bigger the lie the better – because it is easier to fool the non-thinking masses with bigger lies than with smaller ones:

The great masses of the people … will more easily fall victims to a big lie than to a small one.

The size of the lie is a definite factor in causing it to be believed, for the vast masses of a nation are in the depths of their hearts more easily deceived than they are consciously and intentionally bad. The primitive simplicity of their minds renders them a more easy prey to a big lie than a small one, for they themselves often tell little lies, but would be ashamed to tell big lies.

This brings us to the biggest liar in our society today, Barack Obama. There is audio out there (probably from a video) of Obama saying he did not ‘hard-sell’ Obamacare. In the clip I heard on the radio today, Obama was saying he did not spend a lot of money pushing Obamacare – certainly not as much as the Koch brothers are spending on their campaign against Obamacare. The problem with Obama’s claim is that it is such a lie; many elementary school students could debunk his claim in a matter of minutes. Just do a search of ‘government spending to promote Obamacare’ and you will find more stories than you can read about the money Obama has spent pushing this program. You will find stories from ‘Main Stream media’ sources, not just those opposing Obama. And none of these sources count the monetary value of all the guest appearances Obama has had on social media shows for the purpose of pushing Obamacare. Here are just a few stories I found that prove Obama lied when he claimed he didn’t push Obamacare very hard:

How Much You’ve Paid to Promote Obamacare: Way More Than President Obama Promised

The truth is, Americans have never – at no time – supported this bill. It has never had more than 50% support – ever. It was rammed down our throats, and that is not ‘democracy’ as the Democrat/Progressive always claims he/she supports. Forcing Obamacare on the people, against their will, is the very essence of tyranny.

Obama lies – period! If his lips are moving, the chances are this man is lying. But the sad part is he believes no one knows he is lying. He is convinced that people will believe the lies he tells. He must be. No one with a conscience could tell the lies this man tells if he knew that others would see through them. He couldn’t do it – not with a straight face. But Obama does, so he must believe people will accept the lies he tells. In fact, it suggests he believes them, himself. But, even if he doesn’t believe his own lies — if he knows he is lying – he continues to tell obvious lies. This makes him – by definition — a sociopath.

sociopath
: someone who behaves in a dangerous or violent way towards other people and does not feel guilty about such behavior

Now, I have a question for you. Are you one of the reasons Obama believes he can get away with telling all these lies? If not, then start speaking out against this man to everyone you know. Whether we like to admit it or not, peer pressure works. Obama actually counts on it. But, if you believe the lies Obama tells, then understand this simple fact: you are as insane as he is.

[NOTE: think about it.  In this day and age of video, audio and the Internet, how could a sane person ever believe they could lie about what they have said and done and not be discovered?  The most reasonable explanation is that they think you are stupid and lazy and will just believe what their fellow liars in the media tell you, but then, that only applies to about 1/2 the population.  I guess that means the other half — the half that knows they are lying liars who lie — well, we must be a bunch of radical, racist, bigoted homophobes.  Now, do you see the pattern yet?  And when you do, tell me — isn’t it a sign of insanity to believe no one else sees it?]