As I continue to read about the past, I am beginning to see the future they wrote about being built all around us. I also become more competent at seeing through the subterfuge that has been so long used to disguise and deceive people as to what is actually going on right in front of them. In many respects, we are all living in a massive play, only the stakes in this play are very real. Nothing less than the control of the entire globe is at stake, as well as man’s freedom. But, before you can see and understand what they are doing, you have to learn how they are doing it. You need to learn their language and their play book. Because they are so convinced of their superiority, and because they have found a formula that has been largely effective, there is little worry they will change tactics on you. So, once you learn these things, you will start to see what more and more of us are seeing. This time, the specific issue is the use of deception to make a back-door attack on the First Amendment. Here is the story:

“They want to pick and choose which journalists are covered,” the Texan Republican told Breitbart News. “In other words, if you’re a blogger they might not cover you, but if you work for the New York Times they might. Given the changes in the way we get information and the way we consume news, that really smacks to me in essence of government licensing who’s an official ‘journalist’ for the purposes of a shield law and who’s not. If there is one thing I can glean from the First Amendment, it is that government should not be in the business of licensing the news media.”

The deception here is in the title of the proposed legislation: ‘The Media Shield Law.’ Like most things in Washington, this is a wolf in sheep’s clothing (note that phrase, as we will come back to it shortly). What I mean by that is these people pass laws with names that have no bearing on what they actually do, they just appeal to the masses so as to divert the uninformed observer from the truth. For example: if you are an uninformed voter and you suddenly see the government controlled media pushing a story about how the ‘evil’ Ted Cruz is attacking Obama’s ‘Affordable Care Act,’ your first inclination is to believe Cruz is evil because he wants you to not have affordable health care. While we all know now that this name is and was always known to be a lie, it still provided the cover these tyrants needed tor am the law down our throats. Had it been named “The We Own Your Entire Life and Will Make You Pay for It Act,” it would have been much more accurate, but even the Democrat voters would have rebelled against it – because they would have seen what the law really is and was always meant to be. So understand, whatever the government calls something, never accept that it is the truth. The chances are, it is 180 degrees opposite from reality.

The next thing we need to understand is that the Obama Administration is attempting to seize control over all media. How do we know this to be true? Well, don’t just read these headlines, check out the sources and ask yourself if these people get it and you do not, then what have you missed that they now see?

[SIDE NOTE: to all those on the Left who may read this post and who also mocked him at the time, Glenn Beck tried to warn you that you would be among the first people Obama came after – because the press is always among the first people Marxist tyrants seek to control or silence. Maybe, if you actually had been practicing journalism instead of pushing your political agenda, you might have done a little real investigation into the past and discovered for yourself what so many of us clearly saw coming.]

But there’s more than just the recent evidence that Obama is seeking to control the media. Do you remember that Congress recently rescinded the law prohibiting propaganda?

But, before Congress made it legal for Obama to push government propaganda, Obama had hand-selected Mark Llyod to be his Media Czar. Now ask yourself, why do you hand select a man who thinks Chavez lead a ‘glorious revolution’ and who openly admits that the key to that ‘glorious revolution’ was the seizure of the media by the State if you do not seek to do the same thing yourself?

However, there is this pesky little thing called the Constitution, and it contains one of the most revered protection of our rights. We call it the First Amendment. No matter how brazen he may be, Obama knows that he cannot openly push aside the First Amendment. There would be too much backlash if he tried that. Instead, he goes after the religious aspect by arguing that we have freedom of worship (very different from religion), and that that freedom only exists in our houses of worship – not the public realm. This is what is at the core of the case involving Hobby Lobby, and it is nothing but a continuation of a fight started by FDR, and for the same purpose. They want to end our religious freedoms. But they also want to end the freedom of the press.

So, if you want to destroy something the American people love so dearly, how do you do it? Well, you pass a bill to protect journalists from the government…and then you redefine what journalism is and who can be a journalist. This is exactly what the first story in this post is all about: an attempt to pass a law by deception so they can then nullify the First Amendment by controlling the language. After all, if you can redefine intolerance to mean anyone who opposes the politically correct narrative, you can make it illegal to oppose homosexuality while making it perfectly acceptable for homosexuals to force their agenda down the throats of some 90-96% of the nation. And you can then say that it is in the name of protecting civil rights so as to wrap yourself in the cloak of slavery and racism. This is all that is happening here: Obama wants to claim to be protecting the First Amendment and journalists while setting the very path by which he will be able to control all media in this nation. And don’t forget to couple all this with my previous post about why Obama wants to give up control of the Internet, because this is all tied together.

The truth is simple: we live in a Fascist nation, and the President – Obama – would prefer to push us toward Marxism. To do that, he needs absolute control over the media. Without that, propaganda doesn’t really work. So he needs to shut people like me down, and the only way he can do that and still maintain the charade that he is innocent of the actual act is to make it so he can re-define journalism. Right now, any and all forms of opinion are still considered journalism. However, once the government can give itself control over who and what constitutes journalism and journalists, they can then label me as an enemy of the State and regulate me away while maintaining the public pretense of protecting ‘real’ journalism – which, in reality, will actually be the government-controlled propaganda mill we now call ‘the Main Stream Media.’ By the way, do you see how that name follows the pattern I described earlier about naming things in a way that seems innocent? Well, that ‘wolf in sheep’s clothing’ is part of the symbol and MO of the Fabian movement: the original source of the American Progressive movement, Hitler’s Holocaust and Lenin’s Russia – not to mention Socialist England. The Fabians are the poison tree from which all rot in the Western world has sprung. 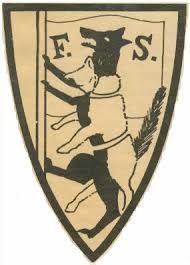 4 thoughts on “PIECES OF THE PUZZLE: Deception and Back-Door Attacks on the First Amendment”